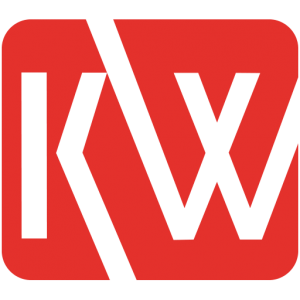 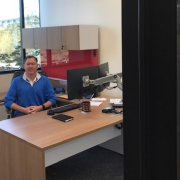 Matt McColley is Vice President of Claims for KW Specialty reporting to me. Matt has 25 years of experience in property and casualty claims management. After graduating from the University of Kansas, Matt began his insurance career with Sentry Insurance. He has worked for other national carriers including GEICO and The Main Street America Group. For the past seven years, Matt held the role of Chief Claims Officer for Berkley Human Services in Minneapolis. Matt has extensive experience developing best practices and processes for personal and commercial lines claims handling as well as litigation and vendor management. Please help me welcome Matt to sunny Arizona and The KreW. 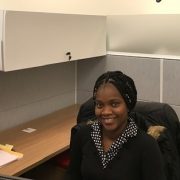 Sia Lahai is the newest member of the KreW. She has worked in accounting and finance roles for nearly three and a half years in different industries such as construction, software development and healthcare. Sia is a graduate of the University of California Santa Cruz with a BA in Business Management and Economics with emphasis in Accounting and a Minor in Information Technology. She is currently a CPA candidate. Sia has vast experience in financial analysis, billing, account receivable, account payable, payroll to name a few and has been instrumental in streamlining business operations. Please help me welcome Sia to our team! 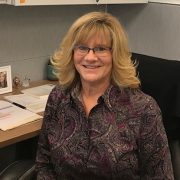 Please welcome to the KW Specialty team, Laurel Weinholdt, our Director of Regulatory & Compliance. Laurel brings over 20 years of experience in Regulatory & Compliance along with a Product Development background. Laurel will be working with our agency management and claims systems. Her legal research and product analysis experience will support our commitment to creating a solid platform for our Wholesale Agents to use for years to come. 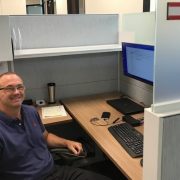 Lar Drolet is the Data and Integration Architect for KW Specialty Insurance Company. Lar comes to KWS with 20 yrs. of IT experience as a software developer, designer and architect. He will bring innovation to the architecture, direct data governance, generate data visualizations, manage day to day operations for data reporting systems and stores, and assist in integration of the KWiQ (KW Intelligent Quoting) platform. We are happy to welcome Lar to the KreW! 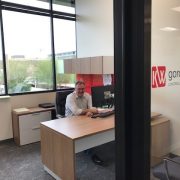 Gordon Keffer joins KW Specialty as our Controller, with over twenty years of experience in property and casualty accounting and finance. Gordon began his career in public accounting with PricewaterhouseCoopers where he focused exclusively on the insurance industry serving clients on the West Coast. After leaving public accounting Gordon served insurance companies of varying sizes to include Fortune 500 to small start-ups.  Gordon finds business insights by translating financial results into ‘plain English’ while still maintaining classic accounting controls. Gordon is well versed in all aspects of insurance accounting and finance to include streamlining processes, financial analysis, and controls.  Gordon will be reporting to our CFO Parker Kelley. Please help me welcome Gordon to the KreW! 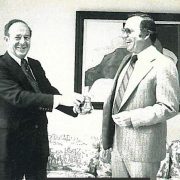 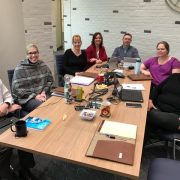 KW Specialty was excited to have our system vendor representatives from Sapiens (formerly StoneRiver) to work on the blueprint for our KWiQ (KW Insurance Quote, which is fast and intelligent, thus the name KWiQ) System. The system is pre-integrated with Sapiens DigitalSuite, which offers an end-to-end, holistic, configurable, flexible and seamless digital experience for our customer groups and third-party service providers and is comprised of Digital Engagement and API Layer components that are all cloud-based. 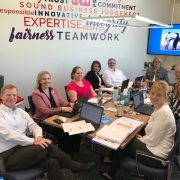 KW Specialty is meeting this week with our system vendor for our insurance platform we are calling KWiQ, the KW Insurance Quoting system. Stay tuned for more updates on the build out of KWiQ, which will be a cloud based, highly configurable P&C platform with intuitive, user-friendly, agile and robust digital capabilities, offering rich functionality, while providing comprehensive policy life-cycle support and delivering a diverse insurance ecosystem to our Partners. 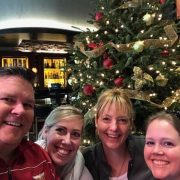 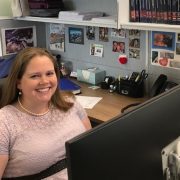